You’re probably expecting a super short list of easy-to-do tasks like “Sign up for FetLife” or “Wear more leather!”, but sorry to break it to you, finding a kinky partner is probably just as hard, if not harder, than finding a vanilla one.

For one, finding a kinky partner means finding someone that shares your common interests, that you enjoy spending time with, and also doesn’t mind calling you a slut from time to time. Whereas, finding a vanilla partner can be as simple as walking into the nearest club or bar and turning on the charm (ok, so maybe that’s a little over-simplified).

But finding that perfect blend of kinky and acceptable mate material can be a difficult job so we’re going to give you some pointers on how to find that special someone who is willing to slap your ass AND cuddle with you on the couch!

END_OF_DOCUMENT_TOKEN_TO_BE_REPLACED

While doing research for ASI’s upcoming projects and affiliations I was disappointed to find that there is little information available on the PRICE we pay for our sexual pleasure.

Personally, I’ve never spent over $100 for a toy.. and the toy that came the closest to that number is probably my favorite. Daddy has purchased cheap toys from “specialty stores”, but they turned out to pretty much be junk, burning out in a few days or just being unable to hit the sweet spot.

END_OF_DOCUMENT_TOKEN_TO_BE_REPLACED

This is a PREVIEW article written by Akasha. To read the other chapters, visit her website. COPYRIGHT 2003, 2005 Akasha@Akashaweb.com

To be a Dominant, a true Dominant, is a hard job. Aside from the usual load of daily ‘Domhood’, a Dominant has to read His submissive. This is a very hard thing to do because how is one Man, whom from our submissive eyes is supposed to be this all knowing and in control person up on His pedestal, unable to just read us like a book? He has before, with a touch, a command. He’s shown that He knows you in how He treats you. So we assume its easy for Him to do so, to see through us because from the moment we became His, we think or believe somewhere deep within our minds that somehow He gained these magical ‘Dominant Powers’ that make Him everything He is when He is with us. He doesn’t and there isn’t. He is just a Man. A strong Man who can melt us with one glance and somehow bring out the best, or at least the desire to be our best, just for Him. END_OF_DOCUMENT_TOKEN_TO_BE_REPLACED 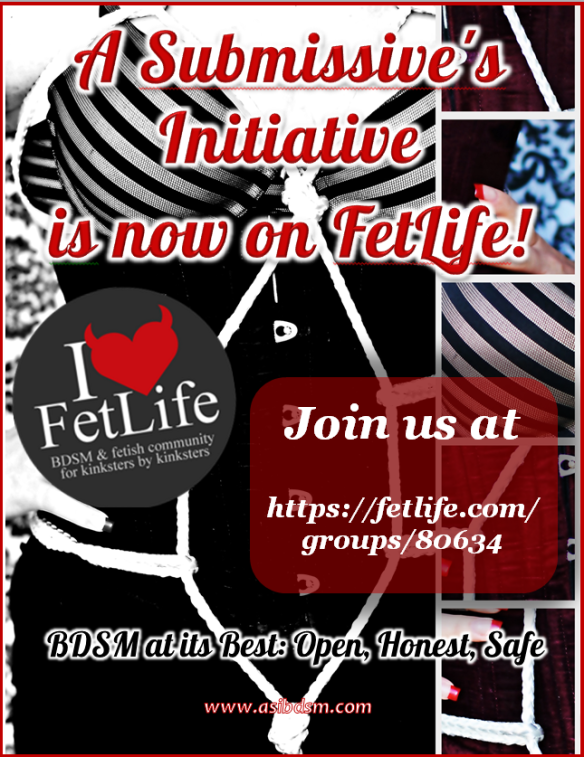 Before you read this, please take a look at Part One! right here-  https://asubmissivesinitiative.wordpress.com/2013/07/21/pleasure-pain-and-science-part-one/, which discusses Pain. There will be a poll for Part Three, for you to participate in, so we can analyze a little information for ourselves, and maybe gain some insight. Either way, I hope you will enjoy it, and benefit from the information I’ve gathered.

How do we translate pleasure? you could start with asking the question, “Why do I like what I like?”

Let’s have a look at some research. A study was done with people volunteering to sip a glass of wine while being in a neuro-imaging scanner. While they are doing this, a screen is in front of them, telling them about the wine. Some are told it’s expensive, etc., some are told its cheap, etc. Some are told nothing. Not unexpectedly, those who were told it was expensive wine thought it tasted much better than any cheap wine they ever had. (It was all the same wine, of course). Besides this though, the pre-frontal cortex, which responds specifically to pleasure, and reward, lit up like a Christmas tree! This did NOT happen with the volunteers who were told they were drinking the cheap wine! This suggests that their responses (your responses!) are not just about the wine itself, but your perception of it. So, what you think about the wine, can apparently make it taste better, or worse!

What you think about what someone looks like, seems to have a lot to do about how you feel about that person. Studies done on ‘happy couples’  resoundingly show that those who think their spouses look better than anyone else, are the same couples that say they argue less, and have more sex. Does this mean those couples have more pleasure? Or love each other more? Think about it. Think about your grade school bully, or the person who shares your office that never shuts up. Now think about how attractive they look in comparison to your best friend/partner/child? Definitely interesting.

Capgras  Syndrome is an affliction where the sufferer believes someone close to them has been replaced by an impostor. As you can imagine, this usually has tragic consequences for the afflicted and their family, because they believe they are killing or removing the impostors and making things better. One case in 1931, had a happy ending though.

“In 1931, researchers described a woman with Capgras Syndrome who complained about her poorly endowed and sexually inadequate lover. She was happy to report that he had a double who was rich, virile, handsome and aristocratic.” HA!** (see below)

So, who you think you are looking at can have a profound effect on how you react to them. Now, think of consumer products. One reason we use them is purely utilitarian, i.e., what they can do for us. Think of a couple of everyday things, like, oh, i don’t know, a sweater and a pair of shoes. (pictures inserted below)

The sweater keeps you warm. Maybe it’s even in style, so you’ll look like you give a damn about what Cosmo says. Shoes, they protect your feet, maybe help you run faster. How much would you pay for an average sweater? For average shoes? 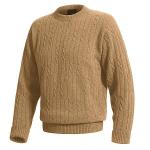 Now, what if I told you that sweater was worn by George Clooney, and the shoes worn by Michael Jordan? (Insert whatever your favorites are) What kind of responses are lighting up in your brain now? Would you pay more? Do you want it more because of the history that surrounds it? The status or money it might bring you? What you know, or even just what you think you know about anything, or anyone for that matter, has a lot to do with how much you think it is worth. With how much pleasure you think it will bring you. A wedding ring may be considered irreplaceable, and therefore priceless, but usually only by the beholder. Therefore, your response to how much you like something or someone, and how much pleasure you get from them or it, is deeply related to your beliefs about how it came into being.

A study was done on chimps, using a reward system. Signal lights turned on, meaning a reward for work was about to be given. First, the reward was given 75% of the time, and dopamine levels in the brain were measured. Next they reduced the reward percentage to 50%. Surprisingly, dopamine levels were higher with the 50% reward, seemingly meaning the element of uncertainty has a lot to do with pleasure. How does this help us understand ourselves? well the human element in this experiment is time. The time between finishing the work and receiving the reward can be a non-issue for us. Religion is a perfect example. Some of us are able to keep up our levels of excitement about a certain reward, presumably satisfied with not being able to receive it until after we are dead! This is a quality unique to humans, as far as we know. It is also the exception to the rule, however, as most of the time, our own dopamine levels, (and therefore our excitement about it) drop if we feel too much time has passed in between the work and the reward.

Think back to the beginning of your exploration into the lifestyle. Did it meet your expectations, exceed them, or neither? How, or from whom, did you first hear about it,  and how do you think that might have affected your ideas about it in general?

So, pain and fear seem to be very closely related. Pleasure, beauty, and worth seem to be just as close. With that in mind, I will close by saying if beauty is in the eye of the beholder, then surely pleasure and pain must be as well.

**As quoted by Physchologist Paul Bloom, who has some very interesting research:   http://www.fastcodesign.com/1665606/how-expectations-can-turn-anything-from-worthless-to-priceless

HOW TO SPOT AN ABUSER CHECKLIST

If you answer YES to more than just even one or two of these you are in what many people would call an abusive relationship. The higher the number of questions checked the more serious the potential of the abuse is likely to be. However, this list is not comprehensive. Your particular situation will likely be somewhat different. If you feel you are being abused, seek professional counselling. Nothing in this checklist should be considered a substitute for counselling. 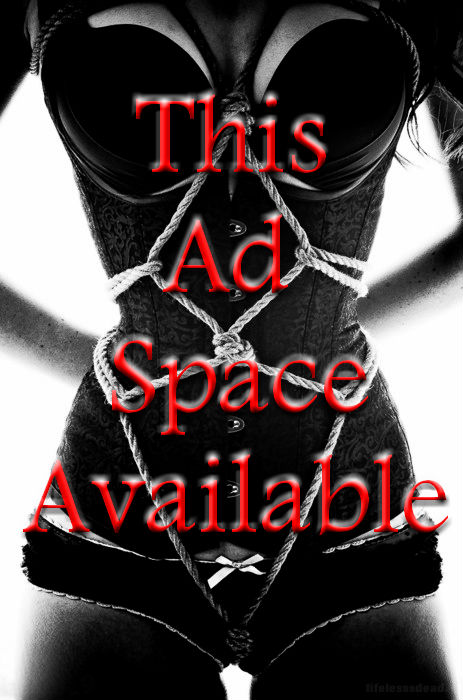